Nunavut gets $25M from feds for 5 infrastructure projects 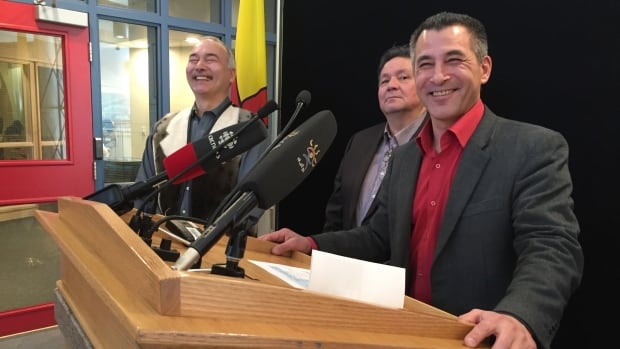 ‘I’m very happy and pleased that these projects have been identified by the Government of Nunavut,’ said Hunter Tootoo, Minister of Fisheries, Oceans and the Canadian Coast Guard. (Sima Sahar Zerehi/CBC)

The federal government will kick in $4 million of Iqaluit’s new $40 million aquatic centre, and $2 million towards the Kenojuak Cultural Centre in Cape Dorset.

Federal Fisheries Minister Hunter Tootoo made the announcement in Iqaluit Monday, where he and Premier Peter Taptuna announced a total of $50 million in funding for infrastructure projects in the territory.

Those include updates to the Cambridge Bay arena, upgrades for other community arenas and replacing playgrounds.

In all, the federal government is committing about $25 million. The Nunavut government will pay $6.5 million. 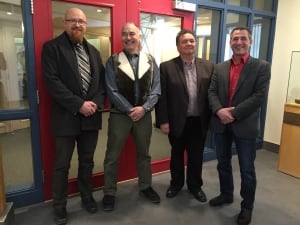 The hamlet of Cape Dorset and the City of Iqaluit are contributing a total of $18 million towards their own infrastructure projects.

“I’m very happy and pleased that these projects have been identified by the Government of Nunavut,” said Tootoo.

“I’ve always been a strong proponent of recreation, that’s my background, and the importance that recreation can play in young people’s lives.”

Tootoo would not comment on any additional federal money for infrastructure projects in Nunavut, such as housing.

“Any new announcement or investments would have to wait until after the federal budget,” Tootoo said. 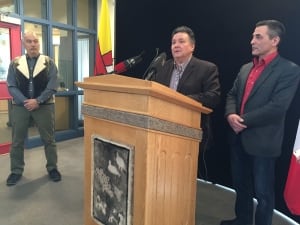 The leaders had no new information about the progress on the Iqaluit port and the Pond Inlet small craft harbour.

“The sooner the better,” said Taptuna.

“We’ve been talking about this for a long, long time and our federal partners have been very, very cooperative,” added Taptuna. He said more details will likely come after the federal budget on March 22.

Here’s the total amount each project will get from all three levels of government: